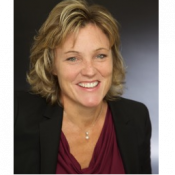 by DrivingSales Events 7 hours ago

by DrivingSales Events 7 hours ago
In today&#39;s webinar,&nbsp;Glenn Hemminger, USA Managing Director of&nbsp;UVeye presented a case for automating your inspection process. We discuss…
visibility 31 textsms 0
Be the first to like this.

by Dane Saville 11 hours ago 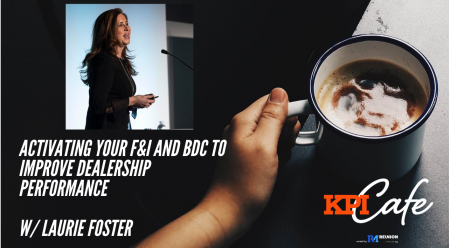 by Dane Saville 11 hours ago
The podcast episode can be found here: Be sure to subscribe to the KPI Cafe on your favorite podcast platform! In this episode of the KPI Cafe, Lauri…
visibility 38 textsms 0
Be the first to like this. 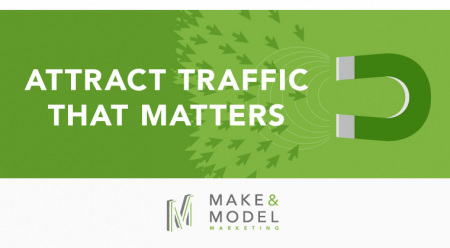 by Brian McNulty Yesterday
Search Engine Optimization. It's equal parts science and art. Hours of keyword research combined with a healthy dose of experience and intuition. It's …
visibility 135 textsms 0
Adam Denault likes this.

by Yaron Saghiv 5 days ago 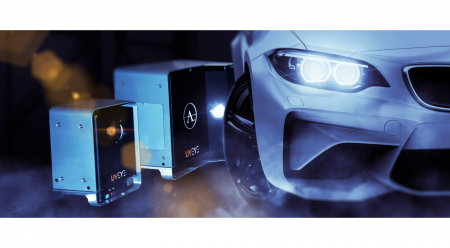 by Yaron Saghiv 5 days ago
Working the spread -&nbsp;that&rsquo;s how the auto industry is structured to make money, just like any other retail sector. Inventory is purchased at …
visibility 305 textsms 0
Toris Louie and Yaron Saghiv like this. 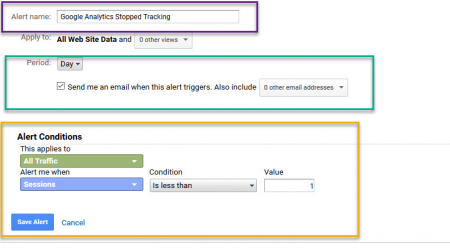 by Colleen Harris Last Week
Google Analytics. When used correctly, it&rsquo;s one of the most powerful analytics tools out there. When set up properly, it can be used as the virtual y…
visibility 330 textsms 1
Adam Denault, Toris Louie and 1 others like this.
Load More expand_more

I Went on a Blind Date Yesterday. Their Name was…?

Many people over time have gone on blind dates. Sometimes those dates were set-up by friends and scheduled for one person to meet the other with the two having no knowledge of each other. Sometimes the one being set-up by their friends has some information about who they will be meeting and sometimes both parties have some prior knowledge of each other. The problem is that sometimes one (or both) party ends up disappointed.

That quote by the late comedian Rodney Dangerfield couldn’t ring truer in the world of Internet leads. The consumer will absolutely know much more about the dealership while the dealership has little to no knowledge of the consumer. My bet is that had Louise had a great first impression of Rodney, she would have given him a chance. Just like Internet leads, both Louise (the consumer) and Rodney (the dealer), showed up to the “date.” Louise, however, didn’t like what she saw so she proceeded to deny who she was. How many Internet leads come in and never respond? Perhaps a similar situation is happening.

Internet leads transcend blind dates.  In current times, given that a consumer will visit as many as 28 touchpoints before contacting a dealer, the consumer could easily find themselves on 3 or more “blind dates” at the same time with multiple dealerships trying to woo that consumer "date" and win that business (so to speak.)

Internet leads, however, are more reminiscent to a speed dating session than a blind date. If you’re unfamiliar with speed dating, this is where many single people are in a room, bar, or other social venue and have a limited amount of time with each person (usually about 2 minutes or less) to learn about them. In this short period of time, judgments are made about each person. Am I interested? Do I want to progress in spending more time with this person? Internet leads are the exact… same… thing. Dealers have a minimal amount of time to get a consumer interested in them whilst other dealers are waiting patiently for their turn.

In my last blog, I explained the importance of first impressions. It’s not just first impressions, however, that piques someone's interest. It’s also how you engage with that person that matters.

In the Fall of 2012, researchers Bhargava (Carnegie Mellon University) and Fisman (Columbia University published a research paper in the Massachusetts Institute of Technology Journal in which psychologists documented sequential evaluations of subjects when exposed to multiple variables across social domains in the context of speed dating.  What they found through their research was that decisions are not only made quickly but also affected the subsequent decision.

The moral of this story is that, in order to increase your dealership’s chances of success and get customers to engage and choose your dealership over another is that not only do you have to make a great first impression but also the dialogue you have with that consumer needs to be interesting, engaging, and, most importantly incite emotion. You only have a minute (if that) to accomplish this task but, if you can do so, the person you briefly met on a speed date will find his or her way right back to you.

visibility 121 textsms 0
Be the first to like this.
Comments