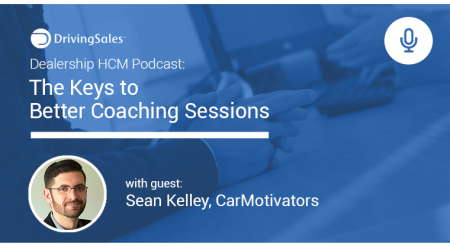 by DrivingSales HCM Yesterday
In this episode, Sean Kelley of Car Motivators stops by to discuss coaching with Bart and Jason. They talk about the value of coaching and how it improves …
visibility 231 textsms 0
Be the first to like this. 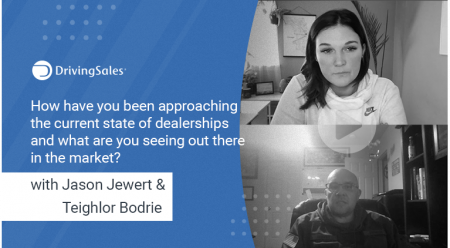 by DrivingSales Events 3 days ago
…
visibility 127 textsms 0
Be the first to like this. 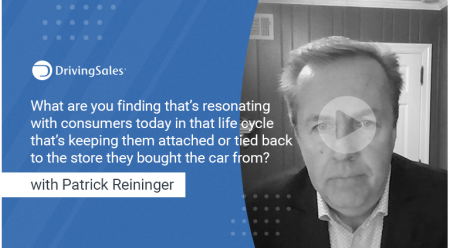 by DrivingSales Events 3 days ago
…
visibility 128 textsms 0
Be the first to like this. 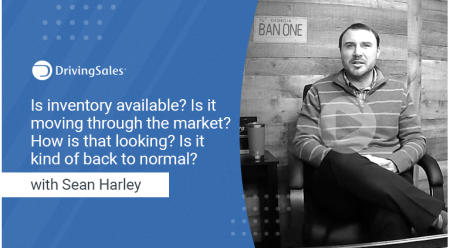 by DrivingSales Events 3 days ago
…
visibility 149 textsms 0
Be the first to like this.

Why COVID-19 Was Actually Beneficial for Dealership Service Departments

by Mike Whitlow 3 days ago 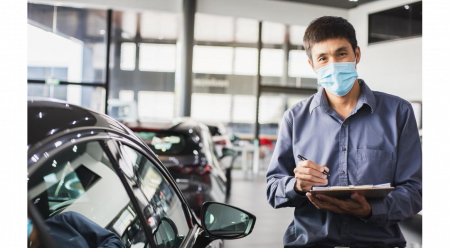 Why COVID-19 Was Actually Beneficial for Dealership Service Departments

by Mike Whitlow 3 days ago
The impact of COVID-19 has been far-reaching. Dealership owners saw an increased shift in the ways consumers were already shopping and purchasing vehicles …
visibility 120 textsms 0
Be the first to like this.
Load More expand_more

There was a time not too long ago when it was hard to get dealers to post enough. The mythical beast known as EdgeRank (which Facebook technically hasn't used in a long time, but that's not important now) compels people to want to maximize the exposure of their posts by keeping a constant flow of positive engagement going towards their Facebook page. More on that in a moment.

Before we get into the numbers surrounding posting, let's look at this from a human perspective. Facebook is the venue through which people are able to communicate in their own way with their friends and family. By "in their own way," I mean that not everyone makes it a two-way conversation, but they're still receiving information through Facebook. Those of us who are avid users couldn't imagine not liking, commenting, or sharing, but there is a large chunk of active Facebook users who rarely interact on it but who still log in and check it on a regular basis. These people are important, but again, more on them in a moment.

From a human perspective, most people are not interested in what a dealership has to say outside of ways that it can benefit them directly. Coupons, specials, events, etc - they don't mind seeing these for the most part. That's what they were likely expecting when they liked the dealer's page. It's not like Skittles; some brands are able to gather a following based upon simply being utterly entertaining. With car dealers, it's possible to be like that but extremely difficult. It takes time, effort, money, and often a willingness to drive away from the direct business needs into a realm of branding that is risky.

Now, let's get an understanding of the math, as promised.

The Algorithm: Why Posting Often is Good

We won't get into a lengthy discussion on the intricacies of the Facebook news feed algorithm - I'm not sure that a single blog post dedicated to the subject would be enough to do it justice and it's changing so rapidly (a big change just yesterday) that it would be outdated in weeks at best. There are, however, a few basic underlying premises that are important to understand today and that will likely stay in effect in one form or another for a long time to come.

Every time you post something to Facebook, it will be exposed to certain people in different ways. This exposure does not necessarily mean that they will see your post. It just means that they have an opportunity to see it in their news feed. The age of the post is one criteria that determines how high on the news feed they'll see it. If you post something and someone starts looking at their news feed right afterwards, that person has a better chance of seeing it than someone who checks their news feed 5 hours later. Where your posts stand from an engagement perspective with each individual person plays an important role as well. If someone has liked, shared, or commented on some of your posts in the past, Facebook will push your posts higher in their news feed. Yours might show up higher than posts by other businesses whose posts the individual has not liked.

Finally, there is the "friends who liked it" factor. If Bob likes a picture of himself that a dealership took and posted on their page, Bob's friends will be more likely to see it in their news feed as well.

This is just a basic overview and there's a lot more that goes into it, but it's enough to discuss why frequency and timing of posts is important.

The Humanity: Why Posting Often is Bad

Little Timmy sliding into third base. It's for pictures like these that the majority of pure Facebook users visit the site in the first place. They want to see what their ex-boyfriend from high school is doing. They want to see videos of their cousin at her recital 1400 miles away. They want to see if the guy in the accounting department is finally single again.

For the most part, they don't want to see what new trade in a local dealer just got on the lot. That's not to say that they won't interact with it if they do see it. Heck, there's a chance (a very good one if done properly) that this might spark them to want to see what else the dealer has since their car started making a weird noise on the way home from work today, which is why we continue to believe in the promise of social media. However, it's not the intent. They didn't check their Facebook feed in hopes of seeing a car. They wanted little Timmy.

This is especially true for the people I mentioned earlier, the ones who do not interact often but who check Facebook regularly. For these people, cat pictures will not be effective.

It's the human factor that makes it the most challenging for businesses to get a foothold in social media. Some have tried to "blend in" by posting funny cat pictures to their feed. They believe (in many cases, rightfully so) that they can get into the mix of their fans Facebook feeds by entertaining them. While this strategy can be effective, it's also very challenging, especially over time as fatigue sets in.

There's only so many funny cat pictures you can post before you start annoying people. They might like it. They might appreciate your funny cat for a time, but in the end they came for little Timmy and if you can't deliver him, you're not going to stay high on their list forever.

That is the question. Hopefully you're not totally confused at this point, as I've basically said there are advantages and disadvantages to posting often. The reality of the answer comes down to your dealership and which social media personality you want to hold. There are two primary extremes: the business-only infrequent poster and the community-engaged frequent poster. In between, there are more complex strategies that I'm not going to go into directly, but here's a breakdown of the two ends of the spectrum:


Now, to answer the original question from this post. Are dealers starting to overpost? Yes. Running with the second strategy can be more beneficial if done right which is why posting often is becoming the norm. However, it's so often botched or misused that it's starting to become completely ineffective. To make it happen as a frequent poster requires a very specific strategy, one that takes time and expert understanding to get right. The potential benefits are high but the risks are high as well. It's very easy to take an extremely effective social media presence and destroy it by trying too hard.

My advice: if you are not absolutely sure your strategy of frequent posting is going to work OR if you are not keeping up to date (3 major changes in the last two weeks) with the Facebook algorithm OR if you're not investing money into Facebook ads, than you're better off toning down the posts. This goes contrary to what I have said as recently as three months ago, but that's the nature of this game. It changes so rapidly that someone like me who isn't knee deep in trying to run a dealership, who spends several hours a day exploring, practicing, and staying on top of social media, still must make adjustments to recommended strategies on a regular basis.

Be the best or play it safe. Don't overpost unless you're positive you know what you're doing. If you think you're on top of it enough, take a look at the related posts below. These all discuss a few major changes that Facebook has made in the last week.

visibility 1392 textsms 0
Be the first to like this.
Comments