by Bryan Wilson 15 hours ago

by Scott Farrar 5 days ago

by Scott Farrar 5 days ago
Search engine optimization&nbsp;is a strategic process of utilizing online content, improving the user experience, and finally implementing technical aids …
visibility 197 textsms 1
Be the first to like this.

by Derrick Woolfson 7 days ago
Have you ever sat at your desk with your palm against your forehead, trying to put together the same old marketing you do month after month? You are not al…
visibility 314 textsms 0
Be the first to like this.

by Jason Unrau Last Week
Working at the service desk or being a customer who brings a vehicle in for maintenance, it&rsquo;s evident when a service advisor doesn&rsquo;t know w…
visibility 255 textsms 0
Armando Rodriguez likes this. 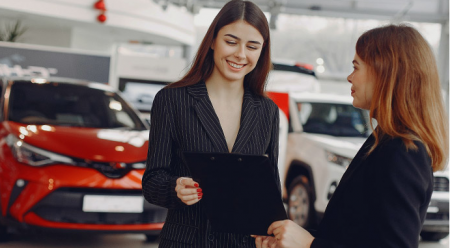 by Christopher Carlucci Last Week
The way I like to think about it is that an amenity is something that makes a customer more comfortable while their vehicle is being serviced, while an inc…
visibility 335 textsms 0
Bill Springer likes this.
Load More expand_more

When It Comes to Improvement, One Automotive Department is Leading the Pack

When setting goals for your dealership, no matter what time of year, you should be using specific data points from the past and looking at these trends to inform your future decisions. You want to make smart decisions to improve, and smart decisions don’t come from assumptions.

One thing that you may wonder when making these decisions is: in which department should you be investing more money? Where are there improvements to be made, and what areas of the business have been increasing? The good news is, things for auto dealers have been looking brighter since 2015.

According to CallSource’s analytics data, appointments set during the first quarter have been steadily increasing in all three departments: sales, service, and parts, since 2015. Below are CallSource’s findings for 2017’s first quarter, which was the best yet for dealerships.

Although appointments were up in all three departments, there is still one clear department that has been improving more than the others.

Your dealership should be paying more attention to Fixed Operations!

Fixed Operations departments are the way to keep your new customers coming back and to guarantee that they’ll want to purchase from you again.  You know that competition between dealerships is never going away, especially when it comes to sales. Customers don’t yet have any loyalty to a particular dealership—they just want the best price and value for the car that they want.

National Automobile Dealers Association’s (NADA) 2016 data also coincides with CallSource’s findings—they found that while a percentage of dealerships’ total gross profits fell in vehicle sales departments, they have risen in service and parts.

Bottom line – you should be investing in your service department. Don’t try to cut costs simply because your sales may not be performing quite as high as you’d like. Throwing more money into sales initiatives isn’t the answer; those expenses can be better allocated to Fixed Operations. Look at the data before making these key decisions for the upcoming year.

1. Based on CallSource call detail records of auto locations from January 2015 to March 2017 (excludes Auto-Media)

2. Auto locations where CallSource’s Leadscore product is active and there is at least 1 examined call (aka leadscored call)

3. Bookable Sales calls include calls where the Leadscore call type is “Sales” with and ECP result of “Appointment Set” or “Missed Opportunity”

4. Sales Appointments are calls where the Leadscore call type is “Sales” and the ECP result is “Appointment Set”

visibility 574 textsms 0
Be the first to like this.
Comments