by Bill Springer 14 hours ago
Growing your dealership's service business isn't an easy job. With countless auto repair shops trying to steal your customers away and manufacturer-recomme…
visibility 19 textsms 0
Be the first to like this.

SUV and Truck Sales Killing It in 2018, But Is the Fun Almost Over?

Have you been paying attention to car sales lately...or the lack thereof?  Everywhere you look on the freeway here in Southern California you see SUVs, pickups, and of course, luxury cars.  From what I can see, the same is true for most major metropolitan areas including New York, Miami, Chicago, and Dallas/Ft Worth where pickup trucks are as common as Starbucks is in LA. Car sales continue to decline, and aside from a hurricane or two to inflate future sales numbers, is there anything that can save them?

Car sales are down nearly 11% so far this year and the vacuum those sales are leaving is being filled by light trucks and SUVs, specifically crossovers. Purchases of EVs, and hybrids is growing as well, and may be the saving grace of a segment seemingly in the same danger as my favorite nudibranch, Proctonotus Mucroniferus. The decline in auto sales is precipitous and has been collapsing for 4 years...in direct relation to the decrease in gas prices.

In 2011, Obama put forth an initiative for fuel efficiency that mandated specific standards be met by 2025, and the industry spent little time and a whole lot of money complying in a race to meet those standards that were recently reversed by President Trump.  Crude oil markets sustained high price levels in 2011, as the spot price of Brent crude oil averaged $111.26 per barrel, marking the first time the global benchmark averaged more than $100 per barrel for a year. Instead of coming up with a strategy that would decrease oil prices by increasing domestic production, penalizing other OPEC entities, or even stifling futures trading in some way, Obama opted for a longer term solution.

Even if the price of a barrel of oil is as low as $40, Investment firms and major financial institutions like Goldman Sachs and Citigroup and their unfettered, shady, greed-laden  speculation practices can jack the price of a barrel of oil from $40 to $100. Currently, oil prices are up to nearly $74 a barrel, 36% higher than last year and steadily increasing at a 30 degree upward angle. Is this enough to push prices up enough to dampen SUV and light truck sales?  I say yes...over time.

Although it may not profoundly stifle sales of SUVs and light trucks immediately (to a 10%> drop in sales), it may have that effect in the long run. Remember Obama, the guy who set groundbreaking standards that would have increased fuel economy to the equivalent of 54.5 mpg for cars and light-duty trucks by Model Year 2025?  Automakers have already started to incrementally increase fuel efficiency in SUVs and light trucks, not to 54.5 mpg yet (and now maybe never), but enough to stave off the negative effect of $3.60 per gallon gas prices while the economy is on the upswing. Currently, prices are a dollar less per gallon than when Obama set those standards. We live in good times, but there is a rumbling not just under Yellowstone Park, but the economy as well.

Current Increase in Gas Prices, Repos, Signify the Beginning of a Cycle

As the price of a barrel of oil continues to rise out of the ashes like a fat, greedy, Phoenix, sales of less fuel-efficient SUVs and trucks will slow down as gas becomes too expensive for commuters to afford.  A 10% fall off of sales of SUVs and light trucks in California, where gas prices are highest, will have real impact, and potentially, be enough to flat line sales for those segments. Add an increase in interest rates for subprime borrowers, and you have a recipe for a cyclical downturn in sales for gas guzzlers.

Have you seen the increase in repossessions lately?  6.3 million Americans are over 90 days behind on their payments!  An even more precipitous drop in sales is currently being staved off by really low unemployment rates, but start jacking up gas prices and watch the camel’s back break, gas prices will be that last straw. How many people can even afford those SUVs and light trucks currently being sold in record numbers (rhetorical question)?  Answer is; many cannot.

For Paycheck to Paycheck People; Consider the True Cost of Driving an SUV or Truck

Small and mid-size cars get much better gas mileage than SUVs and light trucks do, it’s not even close. The average in-city mileage for an SUV or light truck is between 19-20 mpg. Those metrics are relative only in optimum driving conditions. The average is probably even less.  Small and mid-size cars average in-city 25-59 mpg if you include hybrids. It’s my conjecture that gas prices may not be an immediate driving force to push down sales of SUVs and light trucks, but I hear the train a comin’.

Hindsight is Foresight That Happens Too Late

For folks living on the edge, paycheck to paycheck, who want to buy a new SUV or light truck, I urge you to make sure you look at the big picture, and consider the true costs of driving such vehicles for the next several years. History is here to teach us. The oil producers still have a lot of power, and the price of gasoline will forever be artificially pushed upward through market manipulation or even wars. The law of supply and demand doesn't even seem to apply! I chose to buy a Prius when I noticed gas prices were being sucked into the troposphere back in 2011.  I still drive one.

As far as nudibranchs are concerned, and for those of you looking to buy one: https://atmosphereresorts.com/10-things-you-did-not-know-about-nudibranchs/

For those looking to book someone with a fresh outlook on the automotive biz for your expo, convention, discussion panel or Tupperware party, feel free to contact me at Kelly@dealershipnews.com, www.dealershipnews.com

visibility 2107 textsms 1
Kelly Kleinman and Amanda Gordon like this.
Comments 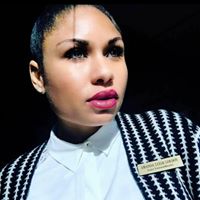 You can see this clearly with road expansion in every major city. Infrastructure is physically having to change in order to accommodate this trend. Interesting stuff.